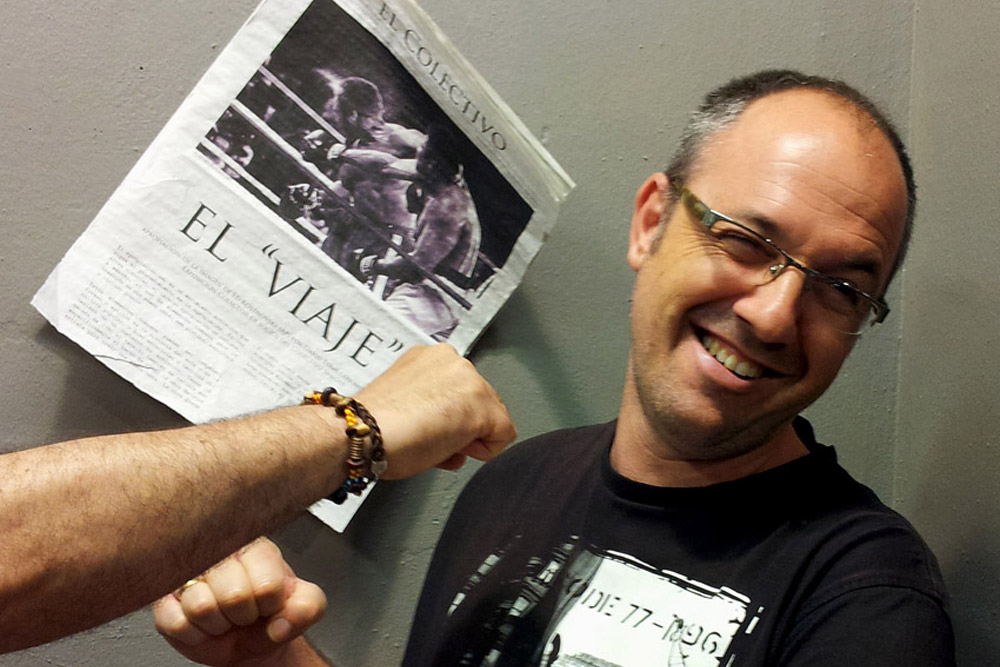 I participate in the exhibition "El Viaje" (The Journey) of the Imagen Collective.

On June 10, 2016, the collective exhibition of members whose common link was the idea of "The Journey" was inaugurated at the headquarters of the Imagen Collective.

This time I chose to experiment and make an appropriation of a mythical image added to a fictional publication. I also interpreted the reference word (Viaje) as a synonym for punch.

The work was exhibited until July 6, 2016 and the image that illustrates it is the idea of Emilio Dominguez, as well as his arm: D