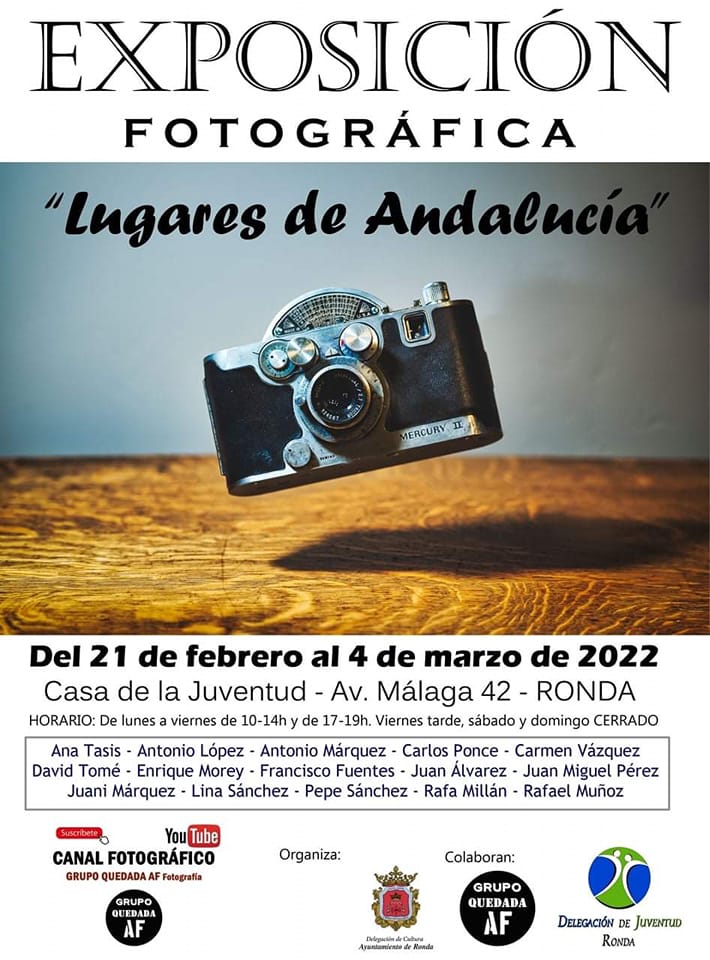 Collective exhibition on the Day of Andalusia

"Lugares de Andalucia" is an exhibition on the villages of Andalucia organized by the Group Quedada AF and the Cultural Department of Ronda Townhall in collaboration with the Youth Department.

I have participated in this exhibition with two street photographies, one of them showing the Bulevard of San Pedro de Alcántara and other one showing the Cuevas de Ojen.

You can visit it from the 21st of February until the 4th of March at the Casa de la Juventud de Ronda.